So here's the deal.  I've ridden in taxis in the Middle East for 8 years now in various countries.  I feel like that makes me some sort of an expert- ok, maybe not an expert but at least a somewhat experienced person.  I know the drill, I know how to haggle, I know I'm going to get hot and sweaty and probably stink like cigarette smoke.  I know I may not always (ok, probably not always) get dropped off where I wanted to go.  Hopefully somewhat in the vicinity but probably not in the exact spot.  I'm used to the fact that all my kids will probably not be buckled in- in fact all my kids may not actually have a seat- they may be sitting on top of each other.  I remember when we went to visit family in London after our first summer in the Middle East.  We headed out to get in my SIL's van and my kids all just kind of piled in.  She kind of looked at me funny and says, "UMM, Kelli- we do actually have seat belt laws in this country- you're going to have to buckle them!".   Ha!  Anyway, all that to say- I know taxis.  Been there, done that.  I did not expect to experience taxi culture shock coming back to the Middle East.  Well.
What I have not done, I quickly learned, is taxis with a family of four- one of whom cannot quite hold her head steady.  Holy cow, Lord help us all and thankfully He does!  Also, thankfully, I was eased into this lesson (well, sort of).  Eased in the sense that my first time in a taxi this go round was only Jason, Anabelle and I (as are other girls were already at the friends house that we were taxi-ing to).  So, I buckled sweet little AB into her seat and climbed into the taxi quite comfortably.  We went to leave that night and Jason walked down the street to hail a taxi and bring it back to our friends house.  I proceeded to buckle Anabelle into her carseat again and was ready to walk out the door.  Jason comes back to get us and was like, "umm, sweetie, she can't sit in that, we won't all fit".  duh,  Yes I knew this, I"m just in the practice of buckling my baby in before getting in the car... Good practice right?  Yes, well.  So, in we pile into the taxi.  It was an uneventful ride.  Anabelle was falling asleep, there was traffic so the taxi drove slowly and all was well.  For the next entire family taxi ride, I decided to try out my new Mobi wrap so that Anabelle would at least be secured to something.  It was a somewhat slobbery ride (with her face mooshed up against me) but otherwise uneventful.   That night, our return home trip after dinner with friends was the ride that scared the (insert whatever word you want) out of me.  I decided not to strap Anabelle to me again because she was already fussy and wasn't a huge fan in the first place.  Well. There was no traffic and I'm pretty sure our taxi driver was running from the law considering the speed he was driving.  Naomi, who was sitting in Maddie's lap knocked her head against the seat in front of her at least twice, Anabelle and I were bouncing around like crazy and I truly thought she was going to go flying out of my lap at least three times.  By the time we got home, I think I was even too scared to cry (and that's saying a lot for me considering the amount of tears I've shed in the last few weeks...).
So now we have a system before entering a taxi as a family.  First and foremost we pray before the ride, during the ride and after the ride.  Basically we pray all the time.  About taxis.  I'm serious.  We're going to be riding in them for a while (until we get settled and get a car) and we need to be all prayed up on this. Eventually, when I know my way around better, we can separate into two taxis, but for now I have now idea where in the sam hill I am at any given moment so we are not separating.  So first we pray.   Then, we are ready to jump in quickly in order.  You only enter taxis here from the passenger side.  Jason gets in the front.  Lucky dog.  If it weren't inappropriate here, I'd make him sit in the back with 4 girls at least once so he'd better understand the tidal wave of sighs and gasps coming from the back seat.  The rest of us get in the back.  First Maddie, then Naomi (who sits in Maddie's lap behind the driver), then Abbey, then me with Anabelle firmly attached to my person with my Mobi wrap.  I am not yet a huge fan of it because I don't think we've fully figured out the positioning and Anabelle's not too excited about practicing but I will not make the mistake again of not tying her to me again.  If anybody has any tips on using this thing, I'm all ears!  I think the biggest problem with it right now is that it's darn hot...
I sincerely hope for those of you that love us that I have not scared you to death for our safety.  We will not be taxiing much but hopefully this will at least inspire you to add "taxi safety" to your prayers for our family! 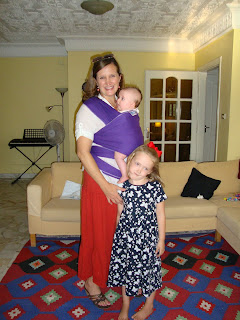 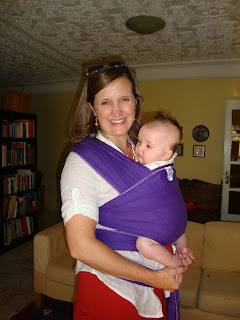 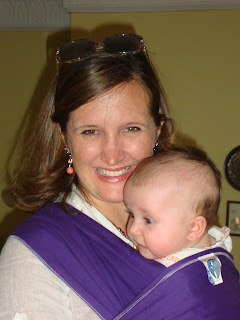 I feel for you Kelli, especially if you are in those pre-war taxis! Hard enough with kids that can help themselves.

Oh I feel your taxi woes! The whole month we were there, it was me, two other full grown adults, and two children, all in the back seat, and matt always in the front seat. He would almost always get into these deep conversations with the driver and lose track of actually telling him where to go, which would irritate those of us stuck in taxi pergatory, and by the time we would arrive, we were hot, sweaty, and I was usually covered in dusty little Maya footprints (not to mention being frustrated and having a sore belly from being a part-time 'gator wrestler back there). Matt never got to experience how uncomfortable it was b/c he was the man who knew where we were going, so that meant he rode in the front. Good. Grief. Not. Good. Times. I will pray for you with very informed prayers and much empathy!!!

Girl, I know. I even pray walking on the streets sometimes because it's so dangerous.

Taxi pergatory!! Kellie, I love it

Our record when we were over there last month was 8 adults and Austin :) He loved it, though, and got mad when I put him in his carseat when we got back. If Annabelle's head bobbles too much in the taxi, you could try the wrap fold where you have the fabric supporting her head. She also might be happier in there that way. I don't have a Moby (I have something similar) so I don't know if it comes with instructions? But if it does it should have instructions for that type of fold.