In exasperation, my sweet husband called me this the other day- leaving impaired that is.  I pretended to be quite offended while knowing deep down inside how very ridiculously true this statement is.  It was in the midst of (or towards the end of as we were actually walking out the door at the time) a typical last minute rush around to leave for our weekly fellowship.

Diapers were flying through the air to pack the diaper bag, doors being slammed to close off the area for Mia.  Everyone talking at once.  Were you a fly on the wall, you would hear..

"who's got the sippy cup"  "does anyone have Lovey?"  "girls, don't forget your Bibles!"  "did anyone feed the dog?"  "Naomi did you get your Bible coloring book?" "WHY OH WHY are the wipes NEVER in the same place?" "WHO TOOK MY HAIRBRUSH AGAIN?!!?"  "Maddie, you DO realize we are walking out the door?" "People, PLEASE turn out the lights, every light in this house is on...."  and on and on in goes.  Finally, we step out the door and onto the elevator, everyone mostly in one piece, and Jason looks at me and with all the tact in the world says,


"YOU are leaving impaired"

And I'm pretty sure he didn't mean it as a compliment...

(and can I mention here that it didn't help my case at all when we got downstairs and I had to run back up to get my phone I'd forgotten- typical....)


I try.  TRULY I do.  Sad part is, it doesn't make it much better to say how much I try to respect my husband's desire to be on time when I seem to fail so miserably at it every time!

WHY is this so difficult for me? (and many other members of the female race I might add...) I KNOW I'm not the only one out there who struggles with this!  Anybody have any tips for how to get better?

I must add that this is not a new thing for me though.  It's been a struggle my whole life.  I was actually suspended in high school for tardies- HA!   My home room teacher lost count after 46 and decided she couldn't overlook it anymore.  Bless her heart, she must have been a kindred leaving impaired soul and was trying to show me a little love!)

And poor Jason.  It's not just me.  He has 5 females in our house who have to get ready.  Despite our best efforts, it just never all seems to come together.  The girls and I often share sheepish glances while apologizing profusely to Daddy that we are once again late.  This is one (of many I'm sure) area in which I am a horrible role model to our girls.  So girls, do as Daddy says, not as Mommy does-

To hear him tell it, he's been fighting this battle his entire life.  We are actually not allowed to say "coming" when he asks if we're almost ready thanks to one of his younger sisters, who apparently was always "coming" as they were heading out the door but never seemed to actual come...

(funny side note, Anabelle has started saying "coming" whenever we call her.  She'll stop what she's doing and say "coming" and come running.  I guess it's ok for her though (at least for now) since she actually does come)

I'm thankful for my man who has likely given up on this battle but after 20 year together has not given up on me. 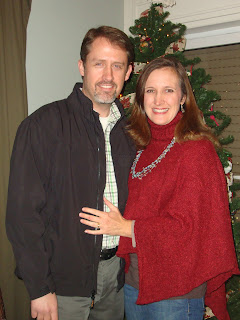 Keep fighting, honey.  We may just get it together one of these days, and what a happy day it would be!  Please know that we are trying!  (even if knowing that actually makes it worse...)
Posted by Kelli at 4:13 AM

Email ThisBlogThis!Share to TwitterShare to FacebookShare to Pinterest
Labels: random

I am so terrible at getting out the door and I don't have girls! I don't know what I would do with girls that I actually had to brush their hair and do something with it besides occasionally run a wet comb (spit and fingers sometimes! - yes I have done that!) through Wes's wild hair. I have the same trouble with estimating how long I think it will take with how long it will actually take. I never estimate correctly! I can so relate to diapers flying! I don't even bother that much with myself anymore, sadly. I don't like that. I wish I could have a makeover or something. Eric is never late, unless he's with me and somehow he's never late when he's with the boys without me. Just wanted to say I'm with you on this. Also, we pray for y'all regularly! Is there some kind of email we were supposed to respond to to get updates that we didn't respond to? I'm so terrible at that. We do want updates though so we can know how to pray for you regularly.